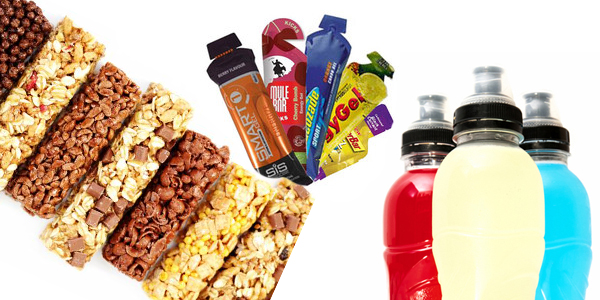 As the training sessions get longer, it is necessary to turn our focus to fueling. Now is a great time to experiment with and practice different fueling options. Dial in a system that works and practice it now. It will pay off come racing season!

Carbohydrate improves performance during long events (>2h) (Read more). Fluid intake can help prevent severe dehydration and also contribute to performance. But is it best to drinks sports drinks, gels or bars, bananas or other sources of carbohydrate? In races athletes seem to make different choices and we see athletes compete with drinks only as well as athletes who consume a full smorgasbord! In order to address this question, we performed a number of studies at the University of Birmingham. 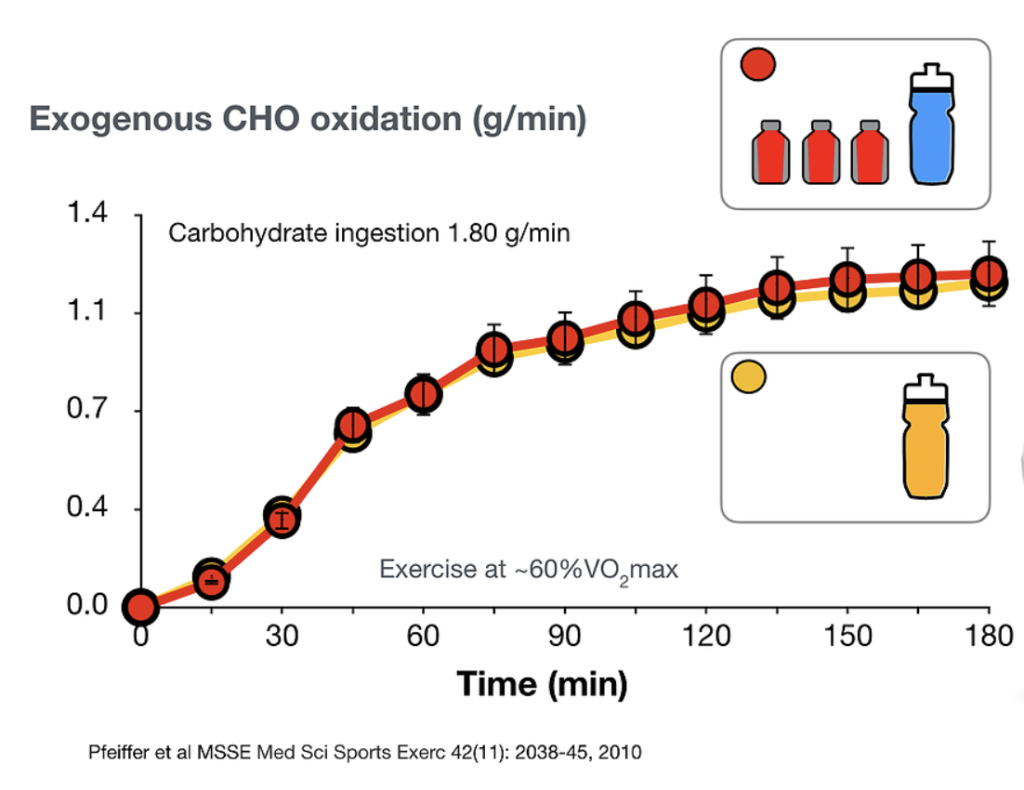 The bottom line is that it doesn’t matter whether the carbohydrate is delivered as a sports drink or as a gel with water.  A note of warning: if the gel is consumed without the water, then the stomach contents will be highly concentrated and this will slow down the gastric emptying of the fluids and is also more likely to give gastrointestinal problems.

The second study (2) that was performed compared an energy bar with a carbohydrate drink. The design of the study was very similar: cyclist rode two hours again and this time they received a carbohydrate drink or an energy bar plus water. The total amount of carbohydrate ingested as well as the total amount of fluid ingested was matched in the two trials. The bar used in this study was a commonly available energy bar high in carbohydrates, but low in protein, fat and fibre. The results of this study are displayed in the figure below. Also here, the difference between the solid food plus water and the carbohydrate drink is small and not statistically significant. Carbohydrate use from the bar seemed slightly lower but the difference is small. It is very likely that this is because this particular bar had very low levels of fat, protein and fibre. A bar higher in fat, protein and fibre is likely to slow gastric emptying and will reduce the delivery of the carbohydrate.

What the results of these two studies tell us, is that the form in which carbohydrates ingested does not really matter for the oxidation of the carbohydrate.  In other words as an athlete, you can mix and match and you can use gels, bars or a sports drink or whatever you prefer to get your carbohydrate. In terms of fluid delivery, which was not tested in this particular study, one would expect that with solid food fluid delivery is slightly impaired compared to liquid.

So athletes can mix-and-match and use whatever source fits best with their preferences. Some athletes will prefer to go fluid only, others really need to eat something to get through longer races. For some athletes gels are a convenient way to take carbohydrate, but not everyone is a fan of them.  So choose whatever carbohydrate source works for you. Work out the target and plan your race nutrition accordingly!