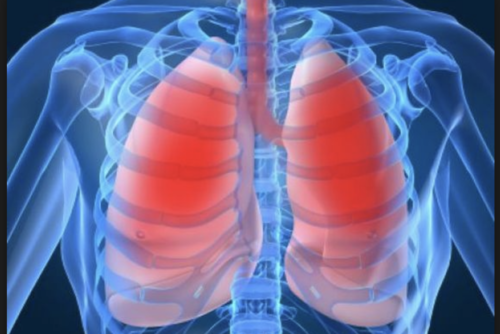 Authors of a recent perspective in Frontiers in Physiology suggested that respiratory frequency provides valuable data and argue that wearable respiratory monitors could benefit training.

I totally agree. But I don’t think you need a separate device to measure this. You simply need to pay attention! With intentional awareness, you can access this amazing insight into your training for free!

For whatever reason, as I evolved as a runner, I was very tuned in to my breathing rate and how my breathing rate correlated with my speed and perceived exertion. I remember as far back as my junior high track and field days, I counted the number of breaths it took to run around the track, and I counted how many steps I took during each breath. I began to correlate the number of breaths and steps with my speed. I don’t know why I did this. I simply found it interesting.

As I evolved as an athlete, I began to pay more attention to the connection between breath rate and effort. It seemed like a natural thing to be curious about. And it seemed like valuable information as I tried to be the best runner I could be.

The more I ran, the more patterns I found.

It was only when I studied exercise physiology, I realized that these breathing rate patterns corresponded to physiological markers.

I found that there were 4 breathing rate patterns that I settled into. Here is a breakdown of the 4 patterns and how they relate to physiological markers (NOTE: you first need to understand ZONES):

EASY: When we start out running slowly, our effort is primarily aerobic, and our breathing is relatively relaxed. I was able to do 4 foot strikes on an ‘in’ breath and 4 foot strikes on an ‘out’ breath. I called this “4/4 breathing” and it correlated to ‘very easy’ running. There is minimal anaerobic metabolism occurring, and energy is primarily derived through aerobic metabolism. This effort feels easy, and you should be able to converse without effort.

AEROBIC/ENDURANCE: As the pace increased, my breathing rate increased so that I was only able to do 3 foot strikes on an ‘in’ breath and 3 foots tikes on an ‘out’ breath, or “3/3 breathing.” This correlated to my aerobic pace or the pace I could ‘go all day’ or my ‘endurance pace.’ Similar to EASY, the primary energy is through aerobic metabolism. The effort should still feel comfortable, and you should be able to converse, but you may not be able to speak in shorter sentences.

THRESHOLD: The next level of breathing only allowed me 2 foots tikes for ‘in’ breath and 2 foot strikes for ‘out’ breath. “2/2 breathing” correlated with my threshold running and I knew that I had limited time at this effort. You are now relying on anaerobic metabolism for energy, which means that you are producing a lot more CO2 and lactate. You need increased breath rate to blow off the CO2 and deliver as much oxygen as possible to the heart and working muscles. The ability to speak at this effort is limited to one or two words, but in reality, you shouldn’t be talking when you are doing threshold work.

FAST/HARD: As I increased the effort, I had to ‘breath as much as I could’ which was reserved for a finishing kick or short, fast intervals. You will spend very little time here. You are fully anaerobic and have a limited time at this effort before you will have to back off. There is no talking. Only breathing.  Deep, rapid breathing.

So, with this set of tools, I was able to monitor my effort through breathing. I knew that for my easy runs, I tried to stay in 4/4.aerobic running. For my endurance and long runs, I had to stay at 3/3 breathing.  If I was running threshold, I knew that I needed to settle in at 2/2 breathing.

Interestingly the crossover between 3/3 and 2/2 is tough. I had to significantly increase my effort to settle into 2/2. In fact, the perceived exertion was harder while switching from 3/3 to 2/2 than it was once I settled in at 2/2. This phenomenon touches on ‘steady state’ and efficiency concepts, which will be discussed in a separate post.